Very often when we talk about the Canary Islands, the usual 4 islands like Tenerife, Gran Canaria, Lanzarote and Fuerteventura always come to mind, but what about the others? Which ones are they? and above all, what are they called and what do they offer to tourists?

Today I will talk to you in particular about the island of La Palma commonly called “la isla bonita”.

I will dwell on this detail for a moment because very often I get the same question from customers who come with me to visit the island on our La Palma Tour. I refer to Madonna’s song in the album “True Blue” launched in 1987 It was an immediate success, selling over 12 million copies in just a few months. In an interview with “the Rolling Stone” Madonna stated that she absolutely did not know where San Pedro was, explaining that for her it was an imaginary island! At this point I would dare to say that San Pedro could be any island in the world, including La Palma!

Now let’s get back to us; I start with a brief general description of La Palma and then focus on the two municipalities we visit during our excursion.

La Palma belongs to the Province of Santa Cruz de Tenerife and together with El Hierro are the two youngest and most western islands of the entire archipelago. Obviously there are enormous geomorphological differences between the two, but also demographic and historical ones.

In its 708.3 square kilometers live just over 84,000 inhabitants. An almost unchanged population, given that since the advent of tourism an island like that of Lanzarote, which has about the same area (845.9 km2), has practically doubled its population which today is around 150,000 inhabitants.

The isla bonita with its 2426 meters of height is the second highest of the Canary archipelago, where, in the first place we find Tenerife with its gigantic Teide (3718 m) and in the third Gran Canaria with 1949 meters of the pico de Las Nieves .

Obviously the island with a surface and a height of this kind creates exceptional microclimates, where in the north east side we find a very green island with endemic laurel forest and wonderful pine forests, while in the south south / west we find the youngest and driest area. of the island dominated by an infinity of volcanic cones. Just think that the last aerial eruption of the Canary Islands was right here between October 26 and November 18, 1971, creating the Teneguia volcano.

Located on the eastern side of the island between the rocks of la Concepción, La Caldereta (former volcanic caldera) and the Barranco Seco. It enjoys a mild climate all year round, although the sky is normally covered with clouds due to the influence of the Atlantic Ocean trade winds. In its municipal area there is the Royal Shrine of Our Lady of the Virgen de las Nieves (Patroness of La Palma).

It is a small but captivating city that has been declared in its entirety a place of Cultural Interest with the category of Historic-Artistic Complex. Such a title gives an almost excellent idea of ​​the richness and historical value of the buildings it offers to those who visit it.

The urban core is at sea level, but the municipal territory extends up to 1,800 m above sea level.

Its main artery is Calle Real (divided in two by Calle O’Daly and Pérez de Brito) which together with Avenida Marítima, Calle Virgen de la Luz and Calle San Sebastián, enclose in a colonial style, with facades with bright colors, enchanting squares and perpendicular alleys where it is worth getting lost among the fascinating shops, bars and restaurants.

In these streets listed above we will find the complex consisting of: Town Hall, the Plaza of Spain, the fountain and the church of El Salvador, which are, without a shadow of a doubt, the best Renaissance complex in the Canary Islands. It is essential to visit the inside of the temple its fantastic Mudejar-style coffered ceilings which give it a very particular Arabian air. Furthermore, this square, as we will see later, is the main protagonist of one of the most important and original carnivals in all of Spain: Los Indianos.

Probably one of the most iconic images of Santa Cruz de La Palma are the balconies of the maritime avenue. A set of houses painted in different shades and with wonderful wooden balconies full of flowers. Curiously, we are at the back of the houses whose main facade is on Calle Real.

In the northern part we find La Piazza de la Alameda from where you can admire an exact replica of the Santa María caravel, with which Columbus arrived in America. Inside the caravel we find the naval museum of the “Barco de la Virgen”, divided into several themed floors.

Also not to be missed is the beach of Santa Cruz de La Palma, a vast sandy area of ​​volcanic origin that contrasts with the bright colors of the city and the deep blue of the ocean. The beach was inaugurated in April 2017.

The festival of the Indians is celebrated every Monday of Carnival. An unmissable event, whose origins are quite recent. This celebration honors the figure of the “Indians”, courageous people who went to seek a better life in the American continent (especially Cuba) and returned triumphant and full of wealth to the place where they were born. Locals and visitors meet in a giant white tide dancing to the rhythm of the Habanera which is very similar to the tango rhythm.

The municipality of San Andrés y Los Sauces is located between the municipalities of Barlovento and Puntallana in the north of the capital Palmera. It is the main agricultural and commercial region in the north of the island, not only for the fertility of its lands, but also for the abundance of water from the springs of Marcos and Cordero; springs that feed the needs of the population and their plantations, in particular those of the Platano Canario.

From the waters of the springs of Marcos and Cordero a spectacular waterfall is born that absolutely deserves to be visited. Just think that the beauty of the place is so exaggerated that it was the first place in the Canary Islands to be declared a biosphere reserve by UNESCO in 1983. To get to see the waterfall, just enter the Bosco de Los Tilos. From these sources, 10% of the electricity of the whole island is also produced thanks to the El Mulato hydroelectric plant.

The lush vegetation of the Laurisilva forest of Los Tilos together with that of the cube de la Galga and in the upper part of the island with the wonderful Canary pines create the most important forest mass in the Canary Islands.

The whole lower part of the country is dedicated to the cultivation of bananas with some plantations of sweet potatoes, vegetables and in recent years also many avocados.

In the coastal area is the hamlet of San Andrés, near the mouth of the El Agua canyon. In this unique and emblematic city we can visit its Renaissance church as remnants of its brilliant past, as well as enjoy the scenic surroundings that make up its streets, the charming houses with large windows and elongated balconies overlooking the sea, as well as the exuberant banana plantations surrounding it.
Nearby is the Espindola marina and fishing port, located at the mouth of the Pavones canyon, together with a small black sand beach.

Other places of great interest to all are the natural pools of Charco Azul, beautifully equipped for the enjoyment of local bathers and tourists.

I would say that the Cueva del Tendal, which is one of the most important archaeological sites on the island, also deserves to be named.

The first week of September celebrates the Madonna of Montserrat, patron saint of the municipality. The celebrations take place over 15 days, where various representations with processions and so on are followed.

I hope I have ignited your curiosity once again hoping to find your attention in the next articles and remember that if you want to visit the Canary Islands, contact us both by email and WhatsApp. We will be happy to offer you the best solution to your needs.

Your official guide of the Canary Islands government number 3900 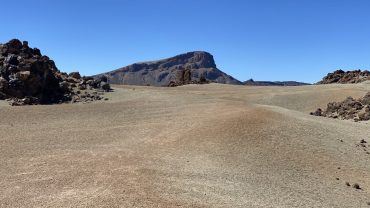 A short trip through different parts of el Teide National Park can give you a good idea of what you would find if you visited other rocky spot in the Solar System, such as the Moon, Mars or Venus. won’t need a bulky spacesuit to protect you from being boiled or squashed by the high […] 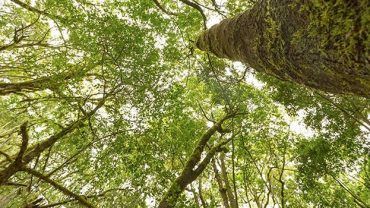 TRADITION AND MODERNITY IN THE WINE FARMING OF LA GOMERA

The oenological history of La Gomera, tradition coexists with current techniques that allow to reach a high quality of wines, unique vines in the world. TENERIFE SANCTUARY OF THE CETACEANS

The island of Tenerife has become the third largest cetacean sanctuary in the world “Whale Heritage Site”, the first point in Europe with this certification.

This website uses cookies to improve your experience while you navigate through the website. Out of these, the cookies that are categorized as necessary are stored on your browser as they are essential for the working of basic functionalities of the website. We also use third-party cookies that help us analyze and understand how you use this website. These cookies will be stored in your browser only with your consent. You also have the option to opt-out of these cookies. But opting out of some of these cookies may affect your browsing experience.
Necessary Always Enabled
Necessary cookies are absolutely essential for the website to function properly. These cookies ensure basic functionalities and security features of the website, anonymously.
Functional
Functional cookies help to perform certain functionalities like sharing the content of the website on social media platforms, collect feedbacks, and other third-party features.
Performance
Performance cookies are used to understand and analyze the key performance indexes of the website which helps in delivering a better user experience for the visitors.
Analytics
Analytical cookies are used to understand how visitors interact with the website. These cookies help provide information on metrics the number of visitors, bounce rate, traffic source, etc.
Advertisement
Advertisement cookies are used to provide visitors with relevant ads and marketing campaigns. These cookies track visitors across websites and collect information to provide customized ads.
Others
Other uncategorized cookies are those that are being analyzed and have not been classified into a category as yet.
SAVE & ACCEPT