Declared by UNESCO as a GEOPARQUE and RESERVE OF THE BIOSPHERE, the westernmost of the 8 islands, which has been declared the first MERIDIAN ZERO in history!

It is the first island in the world with an energy self-sufficiency project! The largest protected area of the Canarian archipelago and MIL VOLCANES that create unique landscapes!

From the port of Los Cristianos we will depart towards the Puerto de la Estaca and once on land we will visit:

ISORA VIEWPOINT. This viewpoint offers us an impressive perspective of the Las Playas depression, with its imposing cliffs and its perfect bow shaped form. It is the product of a gravitational slide that has formed an interior bay on the slopes that end in a delightful beach, in front of which lies the Roque de la Bonanza.

JINAMA VIEWPOINT. This viewpoint looks out over the Gulf Valley at the starting point of the Jinama Royal Road, the main pedestrian access road to the valley. The view allows us to see the contrast between the plateau, behind us, and the escarpment of Laurisilva. A luxury for all your senses!

FRONTERA COUNTRY PARK. The biggest natural space of the island. This brings together the most unique landscapes and where you will admire the Laurisilva ecosystem a place that seems enchanted by its characteristic humid juniper forest.

CHURCH OF LA CANDELARIA. A temple of three naves built in 1818 where the most striking feature of the temple is its bell tower, perched on top of the Joapira mountain.

LA MACETA NATURAL POOLS. A corner sculpted by nature that offers the best plan to disconnect and that has become a landmark on the coast of the valley of the El Golfo as a quiet bathing area.

HOTEL PUNTA GRANDE. Located very close to the Integral Reserve of Roques de Salmor. On one of its cliffs was built a small jetty from where some inhabitants set off to villages in Europe in search of a way forward.

Nowadays, on this pier we can find the Hotel Punta Grande, which dates back to 1884. The Punta Grande Hotel is mentioned in the Guinness Book as being the smallest hotel in the world!

LA PEÑA VIEWPOINT. A viewpoint with a name of its own, in this case, César Manrique. A pearl located at one of the highest points of the island and designed by the Canarian architect to pay tribute to the land and create a fresh and welcoming atmosphere. The views over the valley of El Golfo, show the Gorreta escarpment, a cliff elevated a thousand meters above the sea and through which shepherds used to move freely on the slopes.

From the vantage point you can also see the Roques del Salmor which look like beads detached from a necklace immersed into the sea. They are a geological testimony of the dismantling of the island and a natural treasure as a haven for sea birds and the giant lizard of El Hierro.

QUESADILLA FACTORY. One of the must-see visits, when we reach the town of Valverde, is the Quesadillas Factory, a typical local product with a deep-rooted reputation among its many consumers. Its traditional homemade recipe is made from cheese, eggs, flour, sugar, aniseed, cinnamon and lemon (as well as the house secret).

This daily task that the daughters of Adrián Gutiérrez, still carry out in a wood oven, is what has made the quesadilla herreña so popular, becoming one of the must-have purchases to take home from the island.

Re-taking the road towards the port we will pass by the curious sculpture of the herreño artist Rubén Armiche that represents the Descent of the Virgin of the Kings. Elaborated from recycled materials, under this white layer, there are all sorts of urban waste, including electrical appliances, car parts, old pieces of wood…

The best excursion of the year, an unforgettable experience during your stay in Tenerife.

If you want to know more about possible extras for the excursion, do not hesitate to contact us. We are the best option, always looking for the best prices for our customers. Therefore, if you find a cheaper price, we will match it. 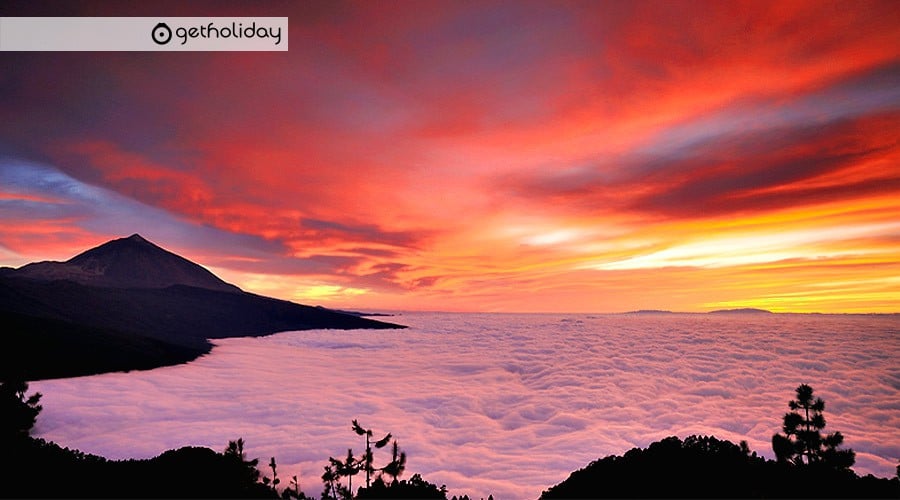